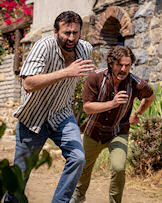 How often does a Nicholas Cage movie come along? OK, every few months. But this one is different – it’s Cage unleashed. OK, so he’s almost always unleashed (and without a muzzle). But how often do you get a Nic Cage movie with multiple Nic Cages? Ha! Got you there.

Nicolas Cage (“Pig,” “Willy’s Wonderland,” “Prisoners of Ghostland” – all released in 2021) stars as Nick Cage, the movie star. He is working constantly, ignoring his family, but feeling that his work lacks the depth of a “Learish” performance. However, he deep in debt, estranged from his family, and desperate for something.

The only thing his agent (Neil Patrick Harris – “The Matrix Resurrections”) can dig up is a $1 million gig doing a birthday party for a Spanish millionaire (Pedro Pascal – “Game of Thrones”). As if being recently divorced from his wife (Sharon Horgan), and estranged from his daughter (Lily Mo Sheen) wasn’t enough, Cage has to deal with his younger persona, Nicky (a de-aged Cage), who is all about preserving the Cage superstardom that he worked so hard to achieve.

From this point, the film goes into the stratosphere: the millionaire is actually an international arms dealer and terrorist; the CIA is involved and recruits Cage; his wife and child are lured into danger; and people are not who they seem. Along the way, Cage reprises various characterizations from his many, many movies.

This movie should be a hit with anyone who enjoys Hollywood spoofing itself. For those who don’t, there’s always “The Cabinet of Dr. Calligari.” 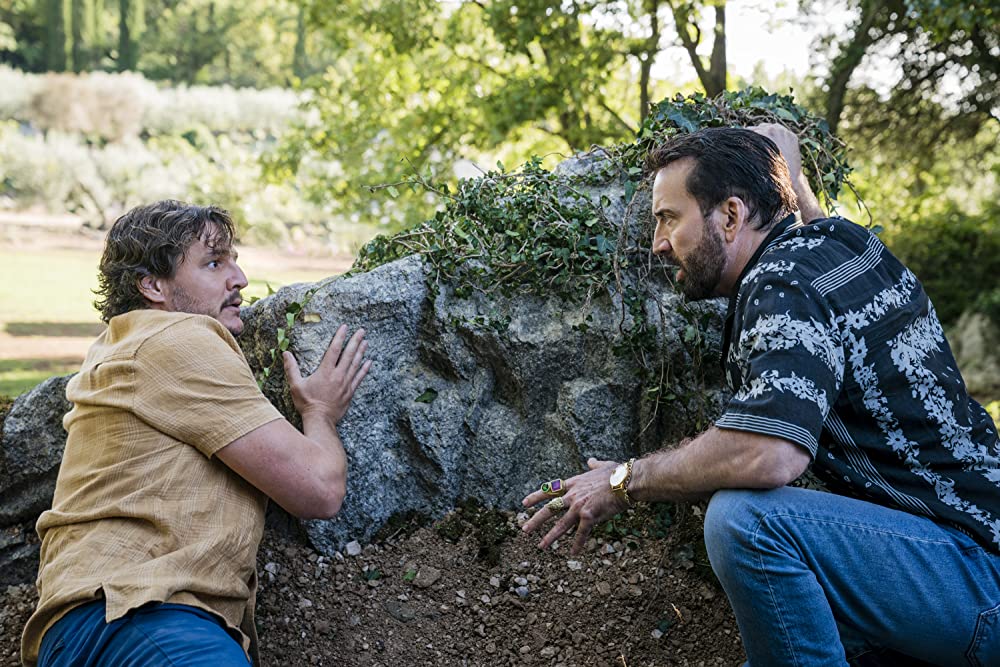