Under Review: ‘The Hangover Part II’ 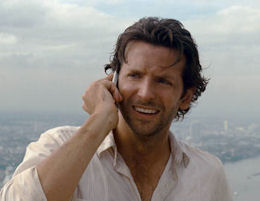 When “The Hangover” burst onto screens in 2009, it was a word-of-mouth hit that took the world by storm. Directed by Todd Phillips, it went on to become the top grossing R-rated comedy, making more than $460 million worldwide ($277 million in the United States alone). It turned the slightly-familiar face of Bradley Cooper and relative unknowns Zack Galifianakis, Ed Helms and Ken Jeong into international superstars. They are trying to capture lightning in a bottle for the second time as the highly-anticipated sequel “The Hangover: Part II” hits theater this holiday weekend. Will the follow-up meet fans expectations and could it possibly gross more than the original? Read on and find out.

Two years after the Las Vegas incident, the group of mismatched friends are back together as they all prepare to leave for Thailand where Stu (Ed Helms) is about to marry a beautiful woman (Jamie Chung) whose parents insist the marriage takes place there. As Stu, Phil (Bradley Cooper) and Doug (Justin Bartha) have a calm lunch at IHOP, Stu says this will be his bachelor brunch since he doesn’t want a repeat of what happened before. We also learn that the trio hasn’t really spoken to Alan (Zack Galifianakis) in the past two years and he wasn’t invited to the wedding. As Stu is pressured into it, he reluctantly asks Alan to come and then they are off to Thailand.

Upon arriving at a paradise resort, we soon learn that Stu’s fiancée, Lauren, has harsh disapproving parents who only care about one thing — her genius 16 year-old brother Teddy (Mason Lee) who is being pushed to become a doctor and a musical prodigy. Antics ensue at the rehearsal dinner and then the boys take Stu to the beach for a single drink by a bonfire. They take all the necessary precautions and buy unopened bottles of beer, just to be safe, but somehow they still wake-up disorientated in a shady hotel in Bangkok And who is missing from the group? Stu’s future brother-in-law Teddy. They must once again retrace their steps in order to find him before the wedding the next day.

Part of the reason “The Hangover” was such a success was because it came out of nowhere. There were no expectations and the characters shocked us over and over again with their outrageous antics. This time around, they don’t have that luxury and must up the ante in order to have the same effect. Even though “The Hangover Part II” is raunchier, darker in tone and has much more male nudity, it fails to impress and falls into the same routine of the first film, just with a different locale and missing person.

Because the first film had me crying from laughing so hard, I really wanted to enjoy the sequel and I kept waiting to be impressed. Don’t get me wrong, there are laughs to be had while watching the film, but the storyline is just so similar and the characters never truly grow.

The movie seems to focus around the ignoramus Alan and his feelings. If it is even possible, he seems more juvenile in his emotions and reactions to things than he did previously. The studio also chose to turn Ken Jeong’s Mr. Chow into a main character for this film. I did enjoy his comedic take on life, and his relationship with Alan has its comedy, but it wears thin and turns annoying after an hour — which just goes to show you that some things are best in smaller doses.

There are cameos in the film that are fun and the inclusion of the monkey was great to watch, but I left the theater feeling sad that it lacked the general “wow” factor that I had after the first film. I doubt that this generic sequel will have people discussing ridiculous plot points at work on Monday. You might enjoy the film if you haven’t seen the original, but in comparison it falls short in laughs.

“The Hangover Part II” is in theaters May 26 and is rated R for pervasive language, strong sexual content including graphic nudity, drug use and brief violent images.