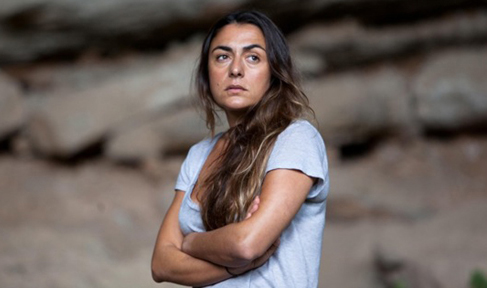 Screened at the 39th Seattle International Film Festival, Spanish director Isabel Coixet’s atmospheric dialog of love and loss is, for better or for worse, textbook film school. At 108 minutes, this film will be about 30 minutes too long for the majority of American audiences. However, for those who are able to adjust their own time clocks to the pace of the heart rending story, the result will be worth it.

The movie is a dialog between Javier Cámara (named “J.” in the screenplay) and Candela Peña (named “C.”). This minimalist convention tells the whole story about the exposition of this stripped down emotional roller coaster. J. and C. are (or were, recently) married, but their marriage has been destroyed by the loss of their only child, a son seven years of age. The loss takes place about some months or years prior to the setting of the film, which consists almost entirely of a dialog between the two leads. There are no other actors in the film.

The narrative story has C. sending a letter to J. asking him to meet her, after a bitter separation that occurred as a result of C.’s emotional breakdown and drug addiction after the loss of the son. The two meet at a designated place and the dialog and images reveal their past through a series of descriptive and visual flashbacks. Most of the film is shot in a most curious, fascinating and, at times, tedious setting. The set appears to be a storm drain cistern that forms a large room (almost cavernous) with odd cast concrete entrances and discontinuous boundaries. Sunlight penetrates the space here and there, rains pour in through unseen fissures. It is not particularly dark and ominous, rather it is unbearably light and open and overwhelmingly featureless. The blank concrete walls and harsh rectilinear dimensions of the room are a perfect blank palette upon which to paint the misery of the characters.

The immediate film that comes to mind when attempting to describe the feelings of this movie is the Sissy Spacek-Tom Wilkinson pot boiler “In the Bedroom,” in which the couple’s son is killed and the two struggle, with marginal success, to assign guilt and responsibility. In both films the prognosis is not good. In the end there is some acceptance and moving on, but as far as we can tell the scars of the loss remain forever. Another less known film that gets at this spiritual shredding is the violently wrenching “Antichrist,” featuring Willem Dafoe and Charlotte Gainsbourg at their screaming, blood curdling best.

The tomb-like set brings to mind the cinematographic genius of Director Samuel Maoz’ classic “Lebanon,” which was shot almost completely in the interior of a tank. The tank (like the classic “Das Boot”) is a claustrophobic prison of the terror of war. In “Yesterday” the cement tank is not claustrophobic. If anything, it is too big and open, emphasizing the desolate space left in the couple’s lives when their son was taken from them. The camera moves from opening to opening, across blank gray walls and to the two curious stone slabs that form a Stonehenge bench and chair (tombstones?). The openings are yawning chasms that dare to be filled in, grossly oversized holes that are expressly designed to never be filled.

This set is interspersed with brief flashbacks and cuts to exterior scenes of beautiful Catalonian trees, mountains and grass, as if the characters are trying, in vain, to break out of their depression.

The screenplay goes through a series of steps in which the mother C. accuses the father J. of failing to get the required help to save the life of their son on the day of his death. The events of the death are left unclear, but there are explicit blame, guilt and, especially, dysfunctional non-communication, in excess. As C. tells her story, her emotions are expressed in a slow motion dance of body language that displays torture without physical restraint. The husband J.’s body language is mostly incomprehension. He cannot understand what C. is going through. There are references to female domination and subjugation in European society, suggesting a theme of female suffering that goes beyond male comprehension. Every viewer who makes it through this story will have his or her own opinion.

Director Coixet has either won, or been nominated for, the most prestigious awards in European cinema. Leads Cámara and Peña have similar credentials in Spain’s film community. This movie is high quality material, but will be a never-ending weep fest for the vast majority of viewers. 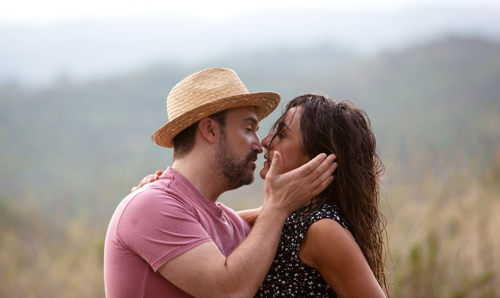