Is the Force with J.J. Abrams? 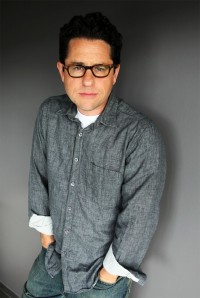 Well, by now you may already know Disney has bought Lucasfilm and is quickly moving ahead with a new “Star Wars” series of movies. Also, the web has been conjecturing nonstop who the possible candidates would be to take on the challenge of directing the first film.

Yesterday, the news broke, and then exploded through the web, that J.J. Abrams was the chosen one to direct the highly-anticipated new sequel for “Star Wars,” and personally, I could not be more thrilled.

This news comes as a shock to many and with good reason. Abrams himself has gone on record declining the duty of directing a movie for the franchise various times in different interviews. Originally, he claimed he would need to read the script first before making a decision, and later stated his loyalty was with “Star Trek.”

Well, it seems he was — as usual — being his mysterious self. According to the good folks over at The Wrap, he is definitely going to “direct the next Star Wars film for Disney, taking stewardship of one of Hollywood’s most iconic and lucrative film franchises, an individual with knowledge of the production told The Wrap.” How exciting! My fan-boy self lost consciousness multiple times when reading this.

Here’s what else The Wrap had to say:

Though he has several producing jobs in front of him, Abrams had been uncommitted as a director. He will have to jump right into “Star Wars,” which Disney has slated for a 2015 release.” This is a good point, and interestingly convenient how Abrams had all these productions lined up, but no real directing projects in his schedule.

Now, this news creates all kinds of questions for fans. For example, with “Little Miss Sunshine” screenwriter Michael Arndt penning the script for “Episode VII,” does this mean Abrams is only onboard to direct. How much input will he be able to volunteer, with already having a writer and George Lucas himself as a consultant?

Abrams, is in my opinion, is a good fit to direct “Star Wars,” and has always expressed his love for those films, like what he said to Hero Complex in a 2009 interview: “Well, I’m just a fan of Star Wars. As a kid, Star Wars was much more my thing than “Star Trek” was.” I think this is a lifelong dream coming true for him, and as a fan of his work for the last decade, I am looking forward to see what he brings in to this franchise.

Abrams is a highly talented and imaginative writer and director, and if this news proves to be more than a rumor, he will now be responsible for bringing to life two of my favorite obsessions: “Star Wars,” and “Star Trek.”

What will this mean for “Star Trek?” Some are saying he will probably stay on as a producer for the franchise but will not direct a third film. This makes sense and was probably going to happen anyway since he almost didn’t direct “Star Trek Into the Darkness.”

What do you think about this news?