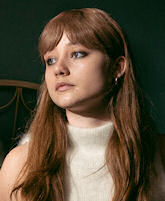 Imagine you are a woman methodically cleaning a chair, scrubbing thoroughly. In the background, someone is coughing – very hard – trying to breathe. You go on scrubbing as the coughing gets more and more desperate. Finally, you rise and try to comfort a man who sits on the side of his home hospital bed, violently coughing. You give him some medicine to drink, which eases the spasms, and help lift him back into the bed.

This is the opening scene of “A Banquet,” a 2022 British psychological horror film directed by Ruth Paxton (“Be Still My Beating Heart”) and written by Justin Bull (“Merge”). Sounds are a critical and incessant element in this film: the coughing of a dying husband, the cacophany of whispering and shouting voices that fill a darkened woods, the grinding of kitchen appliances, the rapid chopping of a barely controlled woman preparing a meal.

Another element is emotional tension: a mother dealing with the suicide of her terminally ill husband; two emerging and very different daughters; a distant, disapproving mother of her own; and the barely spoken concerns of other adults around her.

A third is the beautiful yet sterile house in which the mother, Holly (Sienna Guillory – “Resident Evil: Afterlife”) and the girls, Betsey (Jessica Alexander – “Glasshouse”) and Isabella (Ruby Stokes – “Bridgerton”), live. Each meal is an artistic gem filled with vibrant colors and delicious combinations, served at an exquisitely arranged table. A veritable banquet of the senses. This last – the table and the meals – soon becomes very important.

Holly appears to be a loving individual. Yet, whenever one of her girls crosses her, a rigid, reproachful aspect of her personality immediately comes to the fore. But, she is also accommodating. She lets Betsey attend a party with Betsey’s boyfriend, Dominic (Kaine Zajac – “The Witcher”). At the party, after Betsey is the butt of a stupid prank, she wanders off into the surrounding forest where she is surrounded by a cacophony of disembodied voices and strange light – all under a blood-red moon. She returns, only to collapse. Holly arrives to take her home and the next morning treats it as a simple case of too much partying.

However, Betsey knows better. She has witnessed something that will change her, and her mother’s lives forever. From this point on, she never eats again. Grandmother June (Lindsay Duncan – “Birdman”) gets involved, but this only increases the tension as bits of Holly’s own childhood are exposed. Gradually, the family is drawn down, down, down into a state of alternating denial, desperation and finally despair. Yet there is still more.

The film is beautifully photographed by David Liddell (“Wasteland”), and director Paxton gets tightly drawn performances from her actors. Sound engineering deserves special mention as well, as does the music by CJ Mirra (“A Life on Earth”).

“A Banquet” is an excellent, slowly developed story, lovingly told. 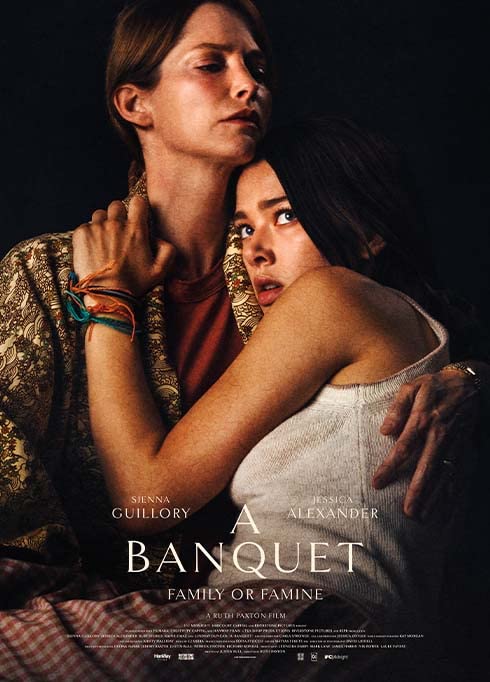