Writer/director Alex Ross Perry’s urban pot-boiler “Queen of Earth” falls well short of expectations. A high bar was set by avid Elisabeth Moss fans who came to adore her as she stole the show in the blockbuster “Mad Men” TV series. Toward the end of the series, she capped that by starring in the award-winning “Top of the Lake” TV series in a performance cemented her in the top echelon of actors to watch. 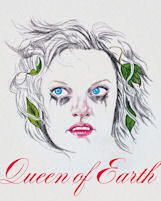 The “Queen of Earth” screenplay is not kind to Moss. As Catherine, a spoiled child living on the largess of her artist father, she is forced to garner sympathy for a class of Americans for which nobody has sympathy. She is not a villain, but she has a gargantuan acting job to perform to show the audience where she is coming from. From the first scenes of the film, mostly consisting of Catherine shrieking into the camera, we are more likely to feel for the mute button than we are to feel sympathy.

Part of the blame goes to tragically poor production. Beginning with the grating, screaming beginning, the sound production goes from bad to silly. Some of the sound effects, such as paper bags crunching, come across as absurdly loud. As she travels to her best friend Virginia’s (Katherine Waterston) lake house, the omnipresent birds in the background are crying almost as loud as Catherine in the opening scenes.

Perry shot the film in 16mm negative stock. This had the potential to create a wonderful grainy texture that could have added a hallucinative, fantastical element to a story of human breakdown and ultimate despair. But in the end, there is not enough character development to exploit the medium. The graininess comes across as more a cost cutting measure than an artistic statement.

The action switches between the present and a year earlier when she visited the same house on the serene lake. At that time, she was “Queen of Earth” with a great job working for her famous dad and a burgeoning love affair with James (Kentucker Audley). Now that her dad has died, she is not only out of work but out of a boyfriend since James abruptly walked out on her. As the film switches back and forth between the two time periods, the viewer is forced to pay careful attention to what is happening in the past and what is happening in the present. This is not easy to do because the screenplay gives us precious little reason to care.

So the stage is set for a good old fashioned spiral into insanity; the luscious nervous breakdown we all know Moss could do if she had the right script. Unfortunately, she did not have the right script and is doomed to whining, Manhattan spoiled child purgatory forever. By the end of the film Catherine is a basket case, but not exactly a raving lunatic. She looks like the kind of person who commits suicide the next day but the story barely makes the papers. The viewer is left to pick up the pieces, try to put the story together and try to figure out why they should care. 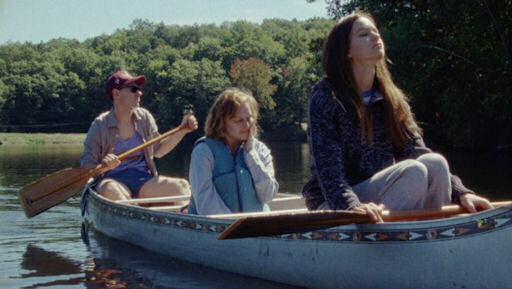