Review: Rabin In His Own Words

Director Erez Laufer’s documentary “Rabin In His Own Words” is true to its title. The film tells Israeli Prime Minister Yitzhak Rabin’s story through archival footage and descriptions by the man himself. It is a touching movie, a documentary of unusual force and intimacy. One cannot help but listen to the words in the context of his assassination by his own countryman. A proud story, it has a cautionary note for courageous political leaders of today.

Laufer is no stranger to powerful documentaries. He is the co-editor of Chris Hegedus and D. A. Pennebaker’s “The War Room” and Laura Poitras’ “My Country My Country.” Both films were nominated for Oscars. The carefully chosen and edited footage and sound track are critical to getting the point across and the film makers have excelled in these areas.

Like many famous persons, Rabin started out life with the most modest of aspirations. He attended agricultural university was only marginally involved in military training. His first interview for a military job was by Moishe Dyan, who was marshaling resistance to fight the forced extradition of Israelis by the British. Dyan asked him if he could drive a car. Rabin responded that he had never driven a car, but he could drive a tractor. Dyan told him he was hired. A few decades later he was the head of the Israeli Defense Force and the man in charge when the IDF won the stunning victory in the 1957 Six-day War.

His early military efforts landed him in a British detention camp, along with his father. Although that would be nobody’s choice of a bonding vacation with dad, it ignited a powerful fire in his belly. The archival footage in the film takes the viewer there, and to many other stirring events as well. The footage is complete with the sights and sounds of war and unrest and Rabin seems to have had a knack for putting himself in the middle of it all.

You hear in his voice the sadness of the surrender of the Old City and the hope of a peaceful reconciliation with the PLO. As we know, his hard fought peace plan would fall to domestic terrorism.

Although not adding hugely to the extensive published information about the man and his accomplishments, the archival footage in this movie is fascinating. It chronicles key moments in Israeli history and accompanies them with the priceless narrative of the man who was ablest to put into perspective. The tone of Rabin’s voice tells a part of the story that one would never understand by reading the history books.

For his role in the creation of the Oslo Accords, Rabin was awarded the 1994 Nobel Peace Prize, along with Yasser Arafat and Shimon Peres. Although he was assassinated for this, Israel has yet to find a better path to peace. This is yet another film that holds a great lesson, but which will probably not be watched by the right people. 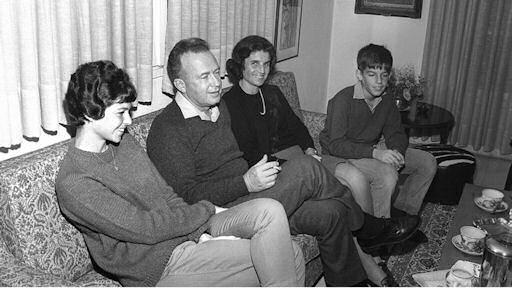 Tags: Erez Laufer
Posted 10 May 2016 by Ron Wilkinson in Reviews