Review: The Trouble with You 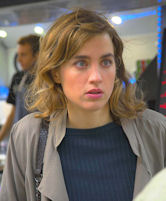 The snarky sequence backing the opening credits would have made Leslie Nielsen blush. Extracting, satirizing and francofying moves from Bruce Lee to Eddie Murphy, the action starts here. In fact, this pitch perfect farce on the good, the bad and the romantic never lets up. That is, until the final twist of love, a kiss and black ink on the bottom line.

Lots of black ink, as it turns out, as this smash hit snagged a prize at Cannes and then racked up no less than nine nominations for the Cesar. No mistake, this lavish production had to work for them. Brought to the USA by Film Society of Lincoln Center and UniFrance as part of the 24th edition of Rendez-Vous with French Cinema this prodigious romp is the 2019 Opening Night selection for its New York premiere.

Grabbing politically sensitive topics such as corrupt cops, prison induced PTSD and workplace gender bigotry as topics for an action comedy might seem out of place. How funny is it that a wrongly accused ex-con exhibits violent outbursts or that a city erects a statue (OK, a hilariously bad statue) to a cop so outrageously on the take that his house looks like the Tate Museum? Pretty funny, if it is handled right, and director Pierre Salvadori proves up to the task.

Marshalling a bushel of talent led by two-time Cesar winner Adèle Haenel, there is hardly a scene in the film that does not resonate with expert acting, thoughtful undertones and righteously unrepentant political incorrectness. The production values are there in spades with wonderful cinematography and full-time directing. Many of the sequences involve several actions taking parts in multiple planes of the shoot. Police lieutenant Yvonne Santi discussing matters of intimacy with her office lover and partner Louis (Damien Bonnard) while the stolen, wrecked Ferrari of her soul mate Antoine (Pio Marmai) is lifted by crane into the evidence junk yard outside the window.

Or the testimony by the unfortunates busted in the raid on the S&M brothel. Do we have S&M brothels in America? “These clothes are not mine. I don’t own anything on me or in me.” “Can you make the cuffs tighter?” This is good stuff, Woody Allen at his best only with double duty and with feeling.

Audrey Tautou’s inclusion will grab attention. It could have been all-to-brief and superficial, just to light up the marque. Such is not the case, as she fully forms her character, set apart quite distinctly and critically from the rest of the cast, even in her limited time on screen. Pio Marmaï, playing framed innocent Antoine, combines voiced acting with a genius mime exhibition that will not be soon matched in any film on any continent.

As expected, love is in the air despite it all. Will the beautiful Adèle Haenel fall for the unforgivably cute Pio Marmai? Or will she opt for Damien Bonnard, the police detective so distracted by her presence at the police station he cannot pay attention to the bag of body parts presented by the confessing serial murderer? Catch this flick and see for yourself. 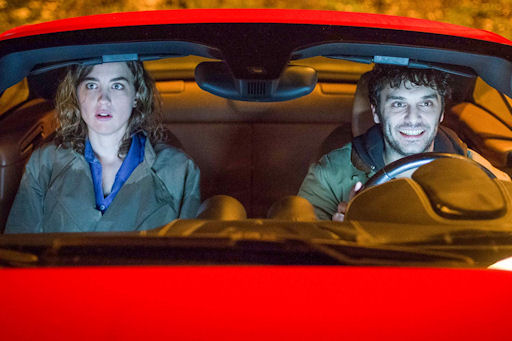